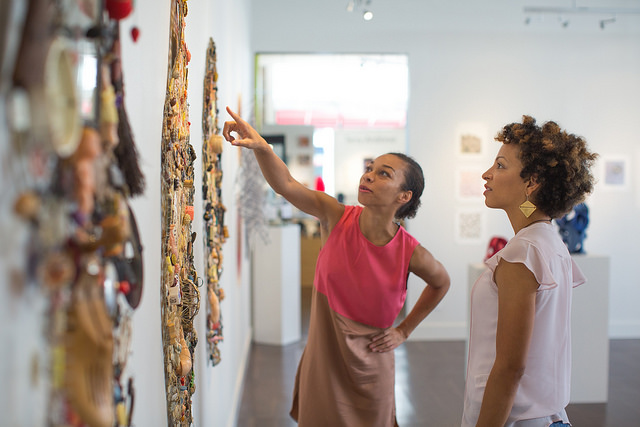 When appointed to Fundraising Chair for the Leadership St. Pete Class of 2017, I committed to guiding 39 high-functioning leaders in securing significant funding for a local nonprofit project. With a five-month runway to project completion, tactically, we needed to establish a strong case for support, identify high-propensity prospects within our respective networks and implement processes to drive accountability and measurable progress.

Beyond tactics, though I understood that the key to our success lied in reframing our approach – and enhancing our collective command – around the art of fundraising.

The Universal Pursuit of Meaning: Many people dread the act of fundraising because they see it through a common, but inaccurate, lens that is colored by misperceptions of resource scarcity and the potential for personal rejection when asking connections for their resources. It’s natural to assume that our relationships must be iron-clad to withstand the social and fiscal drain of ‘begging’ for money. Surprisingly, the complete inverse is true: a fundraiser’s strongest professional relationships are often predominantly a direct byproduct of gift solicitation.

People want to make a difference – channeling their time, energy, creativity and money towards worthwhile causes that will enrich and give meaning to their own lives. In that, we actually have the privilege and obligation to provide our expanded network with an avenue for achieving personal growth and transformational change. This enlightened perspective of partnership reframes our focus on the most vital element of the fundraising process: human connection.

Rethink the Relationship: When we approach fundraising from a dysfunctional supplicant posture, no one wins. Donors want to follow passionate and engaged leaders. In that, fundraisers must approach relationships with prospects as that of a peer enjoying mutual respect and exchange.

This subtle shift alters our goals from solely securing dollars to launching into open conversations, armed with a sense of genuine concern about the well-being and the intentions of the other. As we advance beyond the paradigm of pure exchange, or simple trading within the limited system of quid pro quo, we transcend into a deeper relational reality based on mutual openness and shared passion.

People Give to People: Fundraising is a highly emotional process. People are inherently generous, and physiologically driven to act on feelings of empathy and compassion when under the influence of activated “mirror neurons”. The activation of this mind-body response is closely tied to real life stories and human faces. In direct conflict with this reality is the expanded dependency on hard data and factual stats that many nonprofits now mistakenly design their outreach programs around. Fundraisers often use data as a crutch to lessen the weight of the relational aspect of the ask. This typically leaves both parties wanting for connection.

Human stories trade the universal currency of experience – laced with anecdotes of challenge, choice, and resolution. They teach us about ourselves and our world. Moving away from the default narrative of what an organization does, and towards the story of why it matters, we open the door for others to discover their own commitment within the act of giving. And while a formulaic elevator pitch about a mission might be articulated in a concise way, it can also be highly counterproductive. The fluency of the philanthropic language relies on transparency, authenticity, and even occasional fallibility.

Our 2017 LSP class capably absorbed these concepts, and connected with their networks to deliver support that nearly doubled the targeted amount: a testament to highly-adaptive thinking and good hearts.