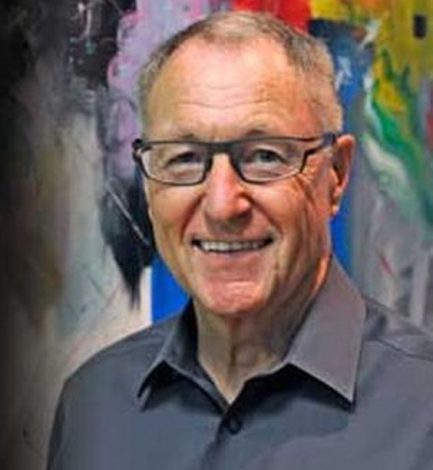 Paul Carder began his advertising career with Ogilvy & Mather in New York after receiving his MBA from the Harvard Business School and his BA Economics from the University of Michigan.

After nearly 10 years with Ogilvy in New York and Toronto, and a stint with Doyle Dane Bernbach, Paul and his creative partner founded Carder Gray Advertising. Following the merger of Carder Gray with DDB Needham, Paul became President and CEO of Carder Gray DDB Needham. Following the growth and diversification of the Canadian operations, the DDB Needham Group of Companies was created with Paul as Chair and CEO. The Group operated as a holding company for a portfolio of advertising agencies and related communications companies. He retired in 1995 leaving a $175 million organization.

Following his retirement, and prior to moving to St. Petersburg, Paul applied his skills and experience in a variety of endeavors including CHC, a leading EAP provider, where as a shareholder and advisor to the CEO he helped to reposition the company and facilitate its sale to a leading US behavioral health care provider; Dean of Business & Creative Arts at George Brown College, responsible for five divisions, nearly 4,000 full-time students, and 120 full-time and 100 part-time faculty; Director of Marketing/Business Development at Davies Ward Philips & Vineberg LLP where he built a marketing department from two to 13 people, initiated a number of innovative marketing and business development programs, and helped the firm achieve international recognition in the key practice areas related to its focus on M&A. When Paul left, Davies was ranked 14th in the world in M&A volume.

Paul has always given back to the community through service in a number of not-for-profit organizations: Ontario Heart & Stroke Foundation where Paul was named the 2002 volunteer of the year; Toronto Community Foundation, leading a strategic planning task force and a “new products” initiative; in the arts, Paul sat on the Boards of Ballet Jorgen, Soulpepper Theatre Company, the Young Centre for the Performing Arts and National Ballet of Canada;  Director of the Harvard Business School Club and Treasurer of the Institute of Canadian Advertising.

Paul and his wife, Jacqueline MacNeil, moved to St. Petersburg in 2007 where he has continued his not-for-profit service. He was a member of Leadership St. Pete class of 2008 and served on the Planning Committee for four years and subsequently the LSP Alumni Association Board where he was the recipient of the President’s Award in 2014. He served on the Board and Executive Committee of the Morean Arts Center and was asked to join the staff where he served for two years as Director of Marketing and Strategic Initiatives including the launch of the Chihuly Collection. Paul is a Director of the St. Petersburg Downtown Neighborhood Association and the St. Petersburg Arts Alliance.

Paul has devoted considerable time and energy to the St. Petersburg Area Chamber of Commerce, serving on the Board and Executive Committee and as Chair of the Marketing Committee. Paul played a leading role in the development of the Grow Smarter Community Economic Development Plan, and has served on the Downtown Waterfront Master Plan task force, the Pier task force and other committees and councils. Paul sits on the Board of the Chamber PAC. He was named Chamber Member of the Year in 2013.